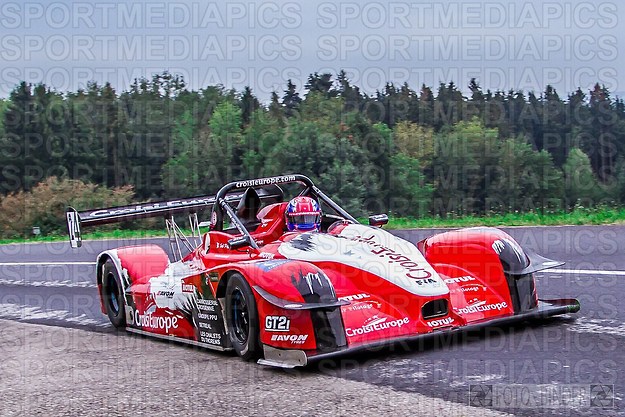 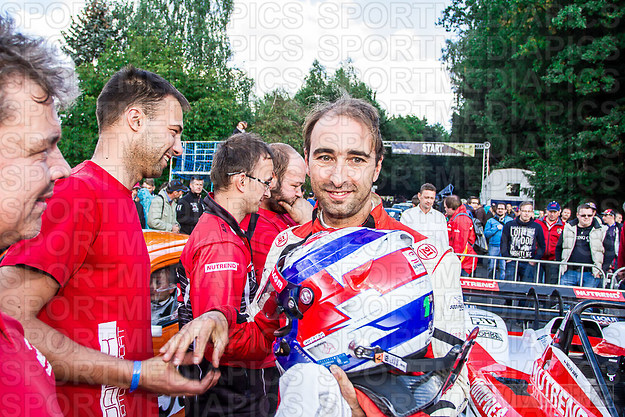 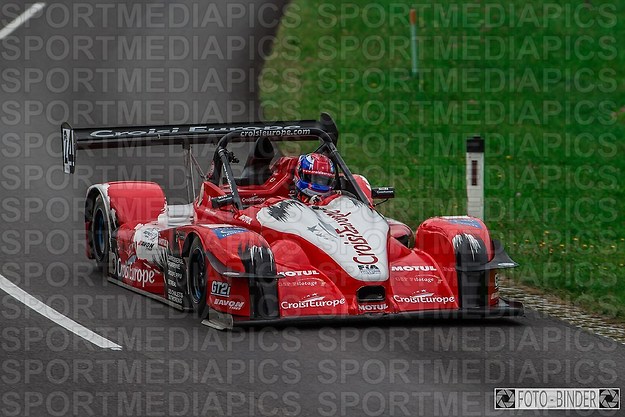 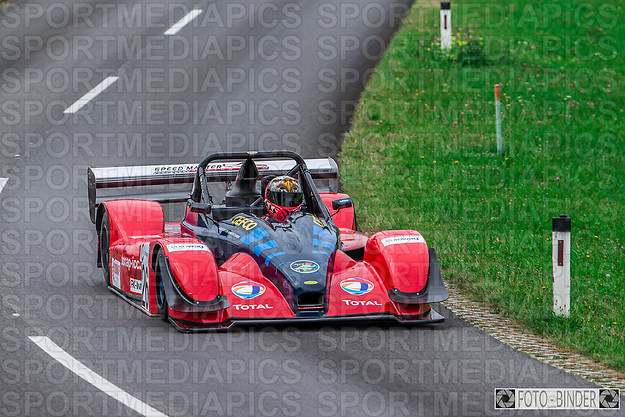 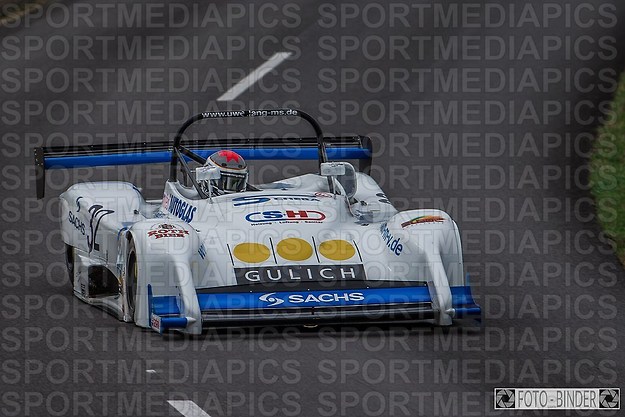 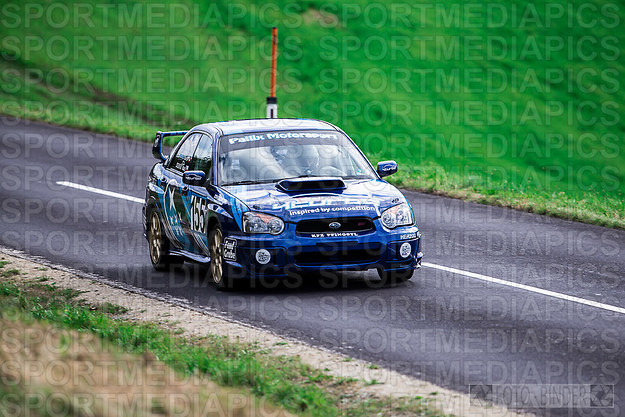 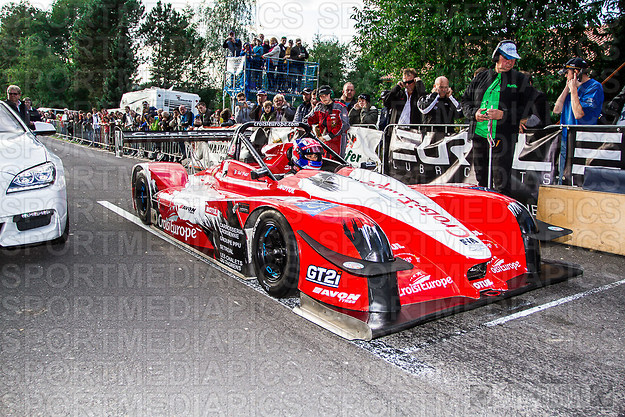 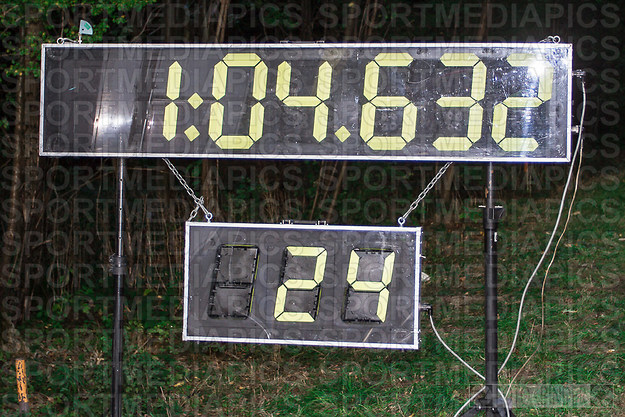 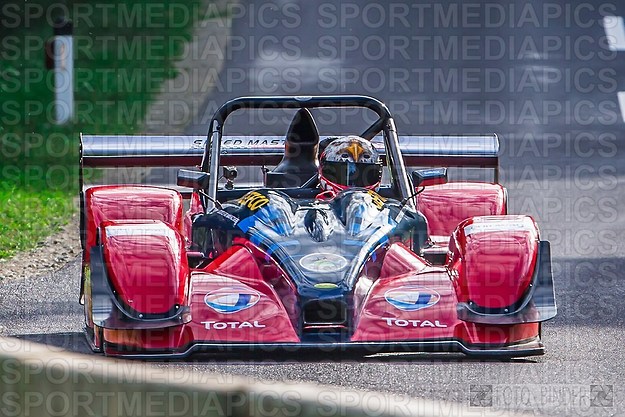 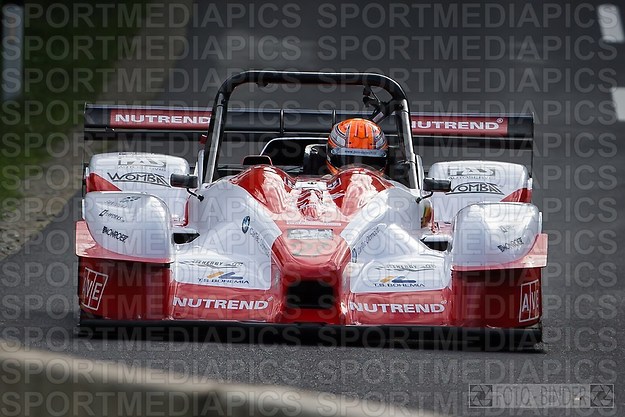 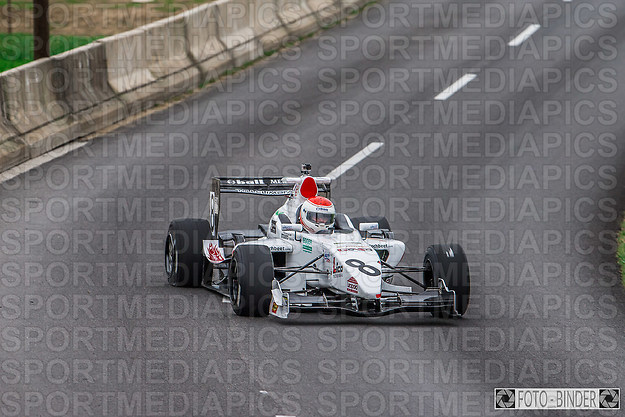 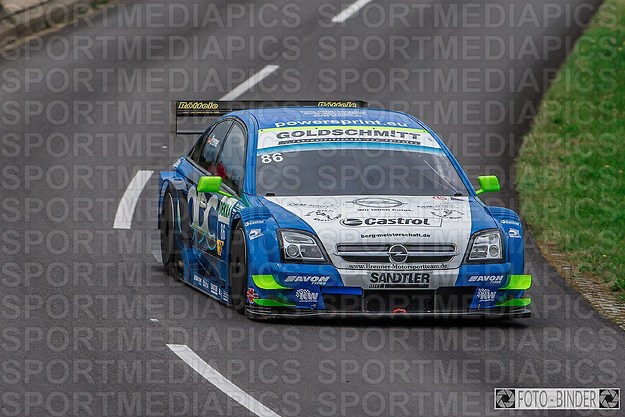 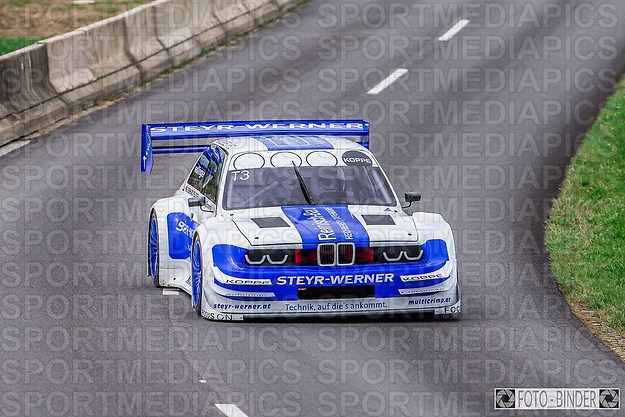 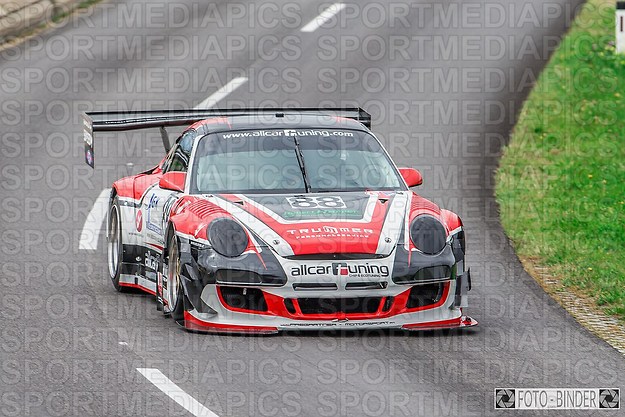 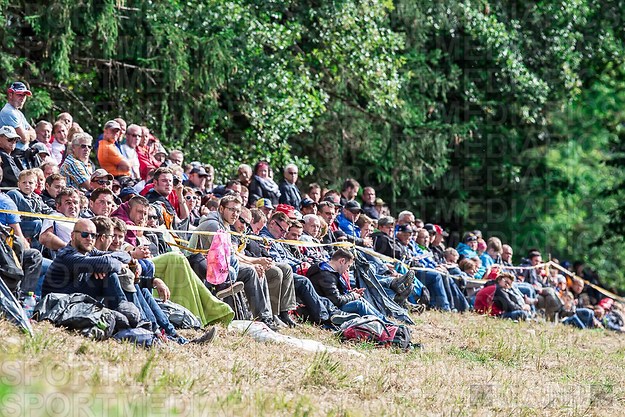 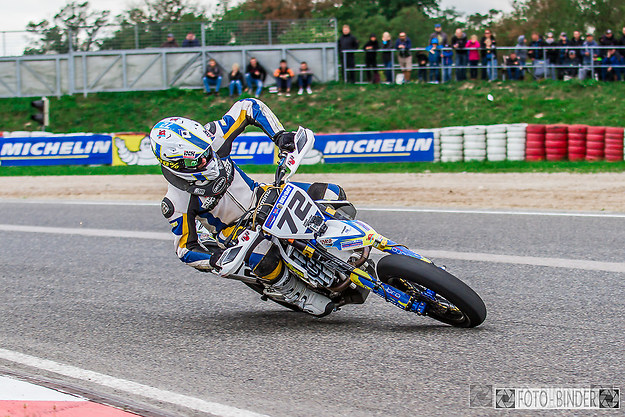 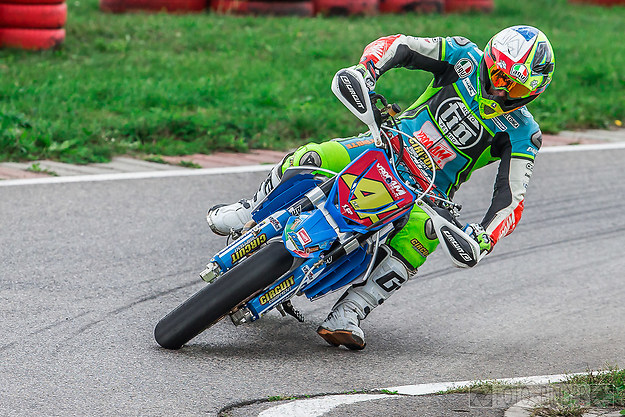 Melk (Austria) 20 September 2015 – The crowning of Thomas Chareyre for the fourth time as World Champion marked a successful return to Austria for the final Grand Prix of the 2015 FIM Supermoto World Championship but while the Frenchman celebrated his success, the Austrian fans found a new hero of their own as Lukas Hoellbacher roared to a double moto victory for the first time this season.

In S2 European Championship, with the Title already won by Marc Reiner Schmidt, Fabrizio Bartolini did enough to hold down second after a nailbiting end to the S2 season. 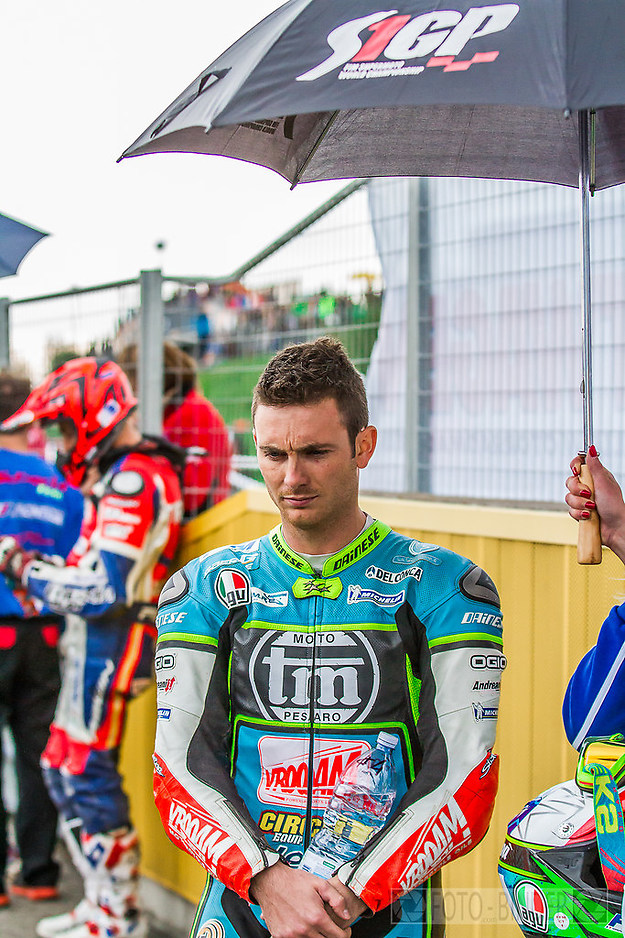 S1GP Chasing a fourth World Title TM Racing Thomas Chareyre took the holeshot in race one with KTM Rudolph Bauer and HUSQVARNA Lukas Hollbacher tucked in neatly behind. Chareyr’s closest rival HONDA L30 Racing Ivan Lazzarini was just inside the top ten in seventh.
Chareyre led for the first three laps but by lap four had been caught and passed by the highly motivated Hollbacher, riding in front of his home fans.
With Chareyre in a comfortable second position, it was up to Lazzarini to make his move and the Italian put on a brave charge to third before the halfway mark, but was unable to do anything about Chareyre, who came home second behind Hollbacher. The Title would have to be decided in the final race of the season. 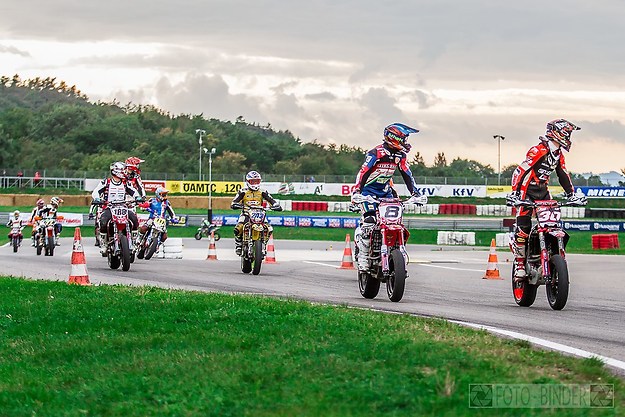 After giving the home fans something to cheer about with his victory in race one Lukas Hollbacher was ready to do it again in race two. When he crossed the line at the end of the first lap though the Austrian was down in fourth behind Thomas Chareyre, Rudolf Bauer and Hannes Maier – three Austrians in the top four though was good enough for the home crowd. Ivan Lazzarini meanwhile was buried in seventh and his hopes of that elusive first World Title was slipping further away. After three laps the race looked to have settled down, Chareyre holding off the three Austrians with Pavel Kejmar fifth, Teo Monticelli sixth and Lazzarini, making no progress still in seventh. 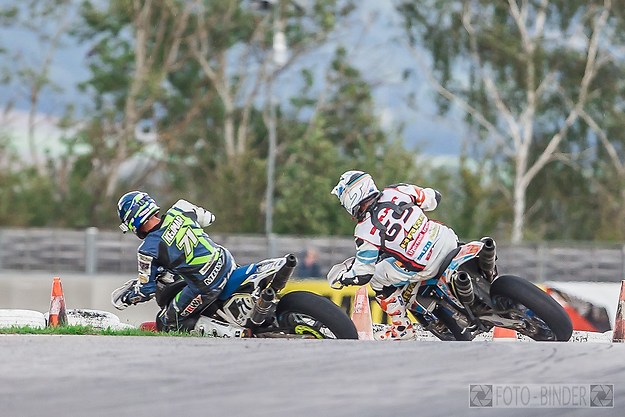 Bauer dropped from second to fifth promoting Maier to second and Hollbacher to third but despite that slip Chareyre was still under pressure from Maier. 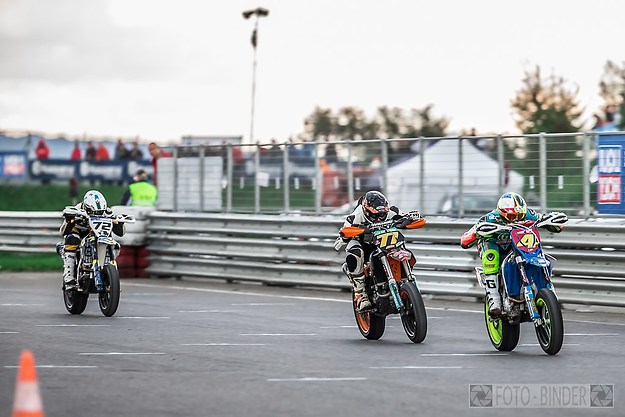 But you sensed that the Frenchman was doing just enough to maintain his advantage, careful not to make any mistakes. He also looked like a man who wanted to take the title with a win.
However, that all changed on Lap nine when TC4 slipped back to fifth leaving Hollbacher as the new race leader ahead of Hannes Maier; an Austrian one-two with Kejmar third.

Three laps later it was all over, Hollbacher crossed the line to secure his first double victory of the season, extra special as it was at home, but it was somewhat overshadowed by Thomas Chareyre’s fifth place being good enough to secure the S1GP World Championship. 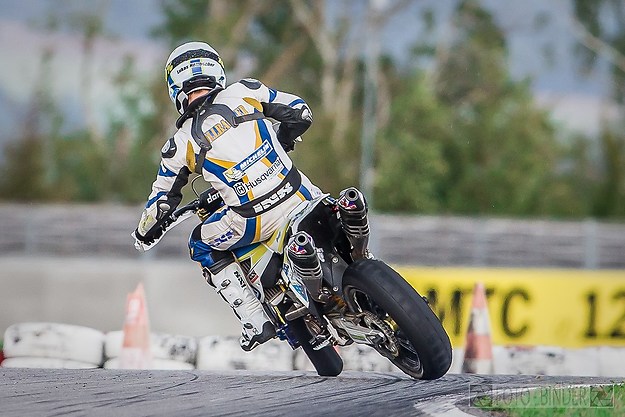 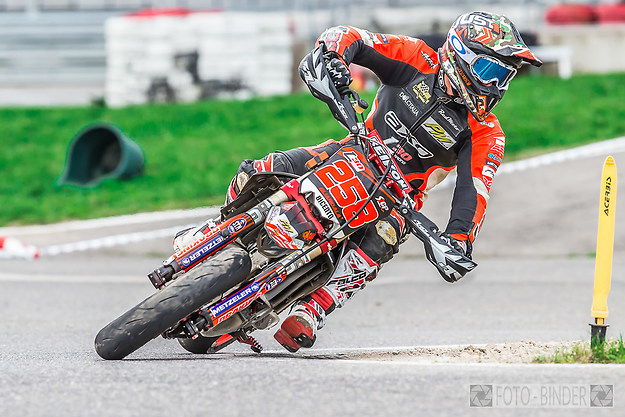 SHR Suzuki Petr VORLICEK took the holeshot closely followed by KTM Manuel HAGLEITNER, but all eyes were on the battle for second position in the Championship. TM Racing Toni Klem was placed third ahead of HONDA Assomotor Fabrizio Bartolini with HONDA Freccia Diego Monticelli further back in ninth. But the fastest rider on track and making the best progress was HONDA L30 Racing Yuri Guardalà, the Italian wasted no time in climbing from sixth on lap, was fifth by lap two after a mistake from Klem saw the Finn drop back to eighth. Guardalà then passed SUZUKI Team Grau David Gimenez to take fourth on lap four before setting about Bartolini. 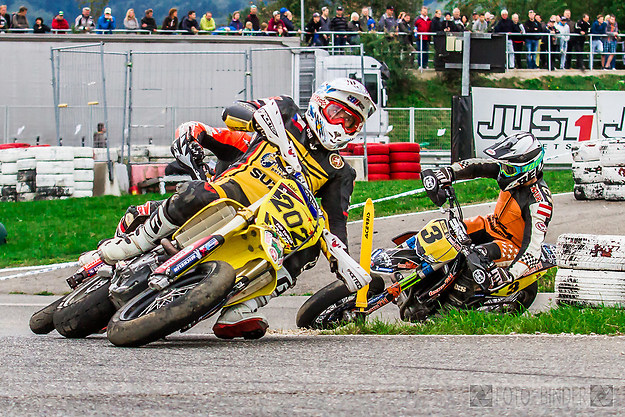 Meanwhile the top three positions remained unchained as Vorlicek did his best to stay ahead of Hagleitner and Bartolini.
With five laps to go Guardalà pounced on Bartolini to nick third and three laps later he was past Hagleitner, and with two laps remaining was the new race leader after passing Vorlicek, who had led for twelve laps.
Guardalà took the win from Vorlicek and Hagleitner with Bartolini taking fourth. Klem lost ground to ‘Bart Man’ in seventh, one place ahead of Monticelli. 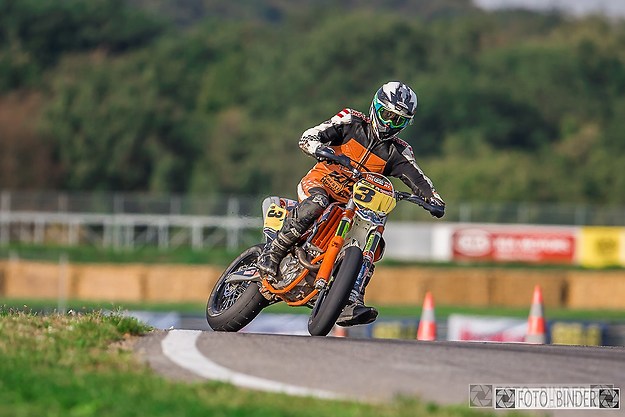 Once again it was Vorlicek who grabbed the holeshot ahead of Guardalà and Hagleitner, with Bartolini in sixth, Monticelli eighth, with Toni Klem failing to complete the first lap. By the end of the opening lap, Bartolini was looking relaxed and had moved up to fifth. But right behind him was Monticelli who’d passed two riders in one lap to get into sixth. Up front, less than one second separated the first three, with Hagleitner moving past Guardalà into second. A lap later and the Austrian was past Vorlicek and pulling clear as the new race leader.
On lap five Hagleitner set the fastest lap of the race with a gap of just over three seconds, as Guardalà eased past Vorlicek for second.
Lorenzo Lapini was doing a great job of keeping Bartolini at bay in fourth, Bartolini doing enough to maintain second in the Championship by staying ahead of Monticelli.
By the next lap though, it was all change: Hagleitner led, Lapini second, Guardalà 3rd, Vorlicek 4th Monticelli 5th and Bartolini 6th and that’s how it stayed until the checkered flag.
Hagleitner took his first S2 race win, Lapini and Guardalà rounding out the top three. More importantly though Bartolini did enough to claim second overall in the standings.

The best moments of the last Grand Prix of the 2015 FIM Supermoto World Championship will be available across the board in high definition, and is also globally available to view on
S1GP Channel on YouTube